Get your license from MTI Shows

You can be sure when hiring from Thespis Theatrical Costumiers that you will look truly amazing in any of the Seven Brides For Seven Brothers Musical costumes from our collection, where our attention to detail, quality, cleanliness is second to none.

"NODA" reviews say it all

In this quintessentially and unmistakably American take on the war between the sexes, seven empowered frontier women take charge of their destinies (and their men) in 1850s Oregon.

Based on the classic film, Seven Brides for Seven Brothers is an authentic piece of Americana, a time-tested romantic comedy with a special, contemporary relevance. Bringing the raucous Oregon frontier from the screen to the stage, it is a crowd-pleasing hit that has audiences cheering from the opening scene to the curtain call. Saddle up for a joyride in this tale of stubborn men and cunning women.

The men in question are Adam and his six unruly brothers, who think they know what a woman's place is and how to keep her there. It takes Milly, Adam's spirited new wife, and six other savvy women to show them who's the boss.

As a film, Seven Brides for Seven Brothers delighted audiences with its whirlwind romances, memorable songs, and iconic choreography, and this energetic and adventurous staged version does the same. With its large ensemble, the show is perfect for community theaters and university and college productions that want to showcase a wide range of talent and guarantee everyone a starring moment.

CHARACTER DESCRIPTIONS
MILLY
A feisty, beautiful, frontier woman with a vibrant sense of humor.
Strong-willed, smart, and unafraid to say how she feels.
She falls in love with Adam.

ADAM PONTIPEE
The eldest of seven brothers. A tall and attractive hunk.
Vigorous, confident and charming.
He falls in love with Milly.

BROTHERS BRIDES SUITORS
GIDEON
The youngest brother. Shy,
sensitive, and deeply honest
to a fault. Still rough around
the edges like his brothers.
Eventually falls in love with
Alice.

ALICE
Sweet but very naïve and not
too bright. Ultra clean. Very
excitable and a hopeless
romantic. Falls in love with
Gideon.

JEB
A carpenter
BENJAMIN
The second eldest and
second in command. A driven
leader who is as quick to
being hot tempered as he is
to action. Falls in love with
Dorcas.

DORCAS
She is a feisty sexpot. Works
in her parents' store and
rebels against their
overbearing nature. Pushes
the dress code and acts as if
she is not the virgin that she
is. Falls in love with Benjamin.

CALEB
A brother. Solid and smart, he
a hunter who is
unaccustomed to women. The
most levelheaded of the
brothers. Falls in love with
Ruth.

RUTH
A buttoned-down teacher.
Very practical with a sensuality
underneath. A problem solver.
The mother of the group of
girls. Falls in love with Caleb.

LUKE
General store
DANIEL
A brother. He is rough-andtumble, unkempt, and
talkative. Falls in love with
Liza.

LIZA
A homebody attached at the
hip to Martha. She is very
superstitious. Eventually falls
in love with Daniel.

EPHRAIM
Rough-and-tumble and
unkempt. He is like a twin with
Daniel, but less talkative.
Falls in love with Martha.

MARTHA
A bit of a goody two-shoes
who does everything with Liza.
She eventually falls in love
with Ephraim

FRANK
A brother. He is a hot head
who is always ready to erupt.
Reluctant to do anything that
might be classified as sissy.
The most rugged and
"uncivilized" of all the
brothers. Falls in love with
Sarah.

SARAH
A gardener and "tom boy"
raised in a family of boys. She
has a fiery sense of
exuberance to match her red
hair. Falls in love with Frank.

MR HOALLUM
Owner of the general store. He is also the town mayor and Dorcas' dad. Plays
guitar and banjo, and is very protective of his daughter and girls in town.

MRS HOALLUM
Mr. Hoallum's wife and Dorcas' mother. She is an accordionist. Snobby and
uptight. Like her husband, she does not like Adam and his brothers.

MR SANDER
Owner of the local restaurant and Ruth's father. Gruff and grumpy. He is
conservative and very protective of his daughter.

Other Similar Complete shows That we Offer 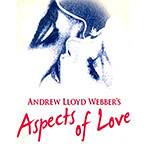